Catch of Glimpse of Maya Madsen of Maya's Cookies in the All-New "Juneteenth: Together We Triumph" Special this Friday

The All-New "Juneteenth: Together We Triumph" Special Premieres Friday

Good Morning America co-anchor Michael Strahan sat down for a one-on-one interview with former President Barack Obama about race, resilience and Obama's book "A Promised Land." The interview will air in "Juneteenth: Together We Triumph – A 'Soul of a Nation' Special Event" on Friday, June 18 (9:01-11:00 p.m. EDT), on ABC. The special event is available the next day on demand and on Hulu. In the interview, Obama tells Strahan the following: "We're not all going to live in a perfect kumbaya society. But we can make it better by working and by reaching out and by assuming the best in each other. And if enough of us do that, we move that boulder up the hill." 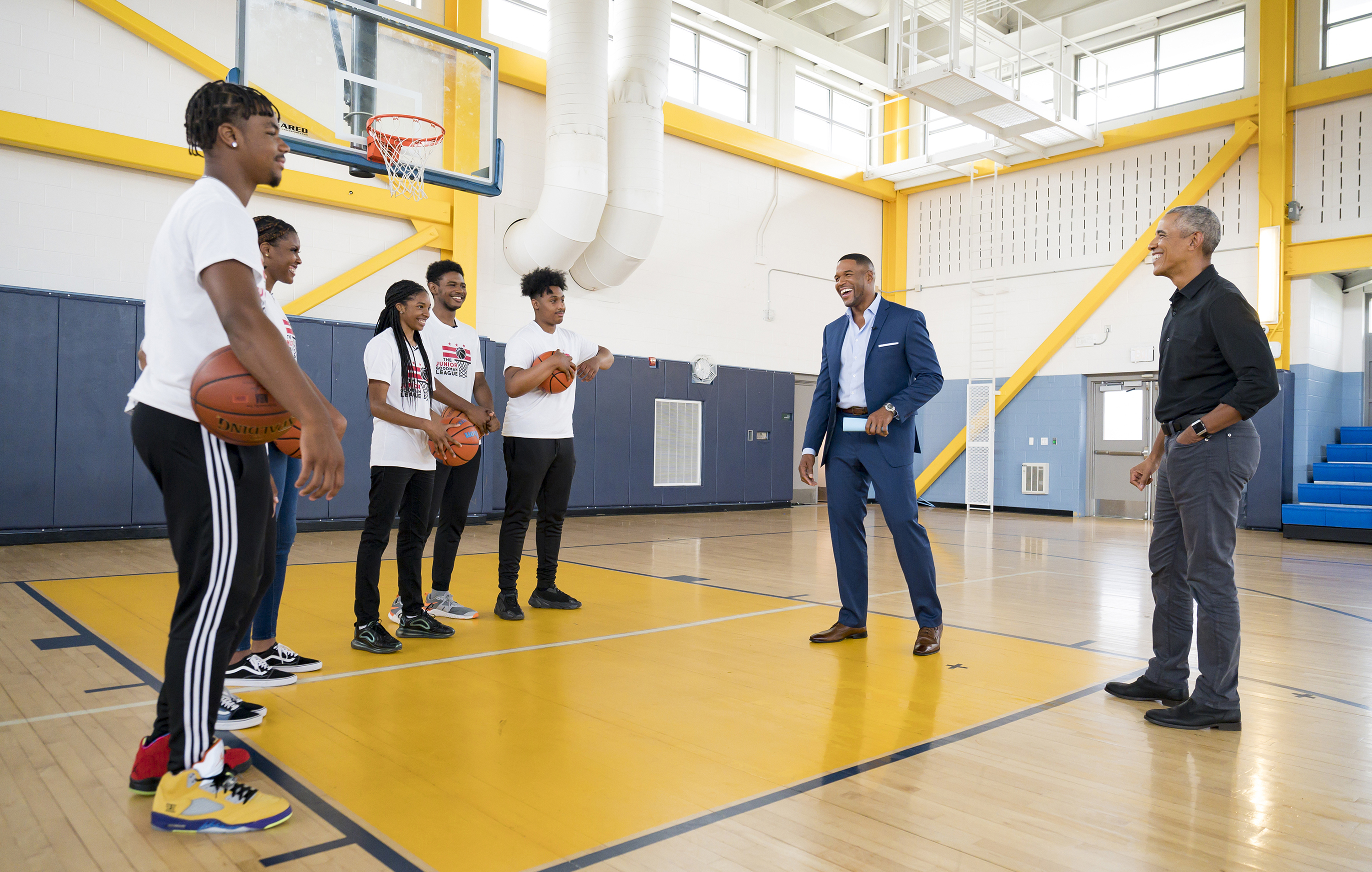 A collaboration between ABC News and ABC Entertainment, "Juneteenth: Together We Triumph – A 'Soul of a Nation' Special Event," will present an enriching evening of celebration and resilience in observance of Juneteenth, the holiday commemorating when the enslaved persons in Texas learned of their freedom. Leslie Odom Jr. will guest host two hours of intimate storytelling and powerful tributes with performances by Jimmie Allen, Chloe Bailey (of Chloe x Halle) and Leon Bridges. This powerful special event will include the following stories by ABC News anchors and correspondents:

- Linsey Davis delves into allyship and the historic partnerships observed in the last year between the Black community and white neighbors in small towns and Black and Asian American religious leaders in urban areas. Davis explores the nuances of performative allyship versus genuine collaboration.

- Deborah Roberts opens up her own kitchen for an in-depth look into the origins, history and meaning of soul food. She looks at how the racial reckoning in the last year has influenced Black cuisine.

- Kenneth Moton travels south where the struggles and discrimination faced by Black farmers are front and center, and money earmarked in the stimulus package for this group may provide hope and relief.

- Janai Norman showcases a new wave of bold artists who are using their art to inspire change, spark difficult conversations, and ultimately provide a cultural lens.

- Steve Osunsami introduces viewers to a Black business that helped build the nation brick by brick for more than 100 years. He also spotlights how Black-owned businesses and the "Buy Black Movement" endured during a time of racial reckoning.

- Zachary Kiesch brings viewers more unaired footage of his "Soul of a Nation" interview with H.E.R.

This is the second consecutive year ABC News is producing a special to honor the history and significance of the Juneteenth tradition. In 2020, ABC News' primetime special "Juneteenth: A Celebration of Overcoming" was the No. 1 program across the board in its time slot. It is currently streaming on Hulu. "Soul of a Nation" and its respective specials on the year after George Floyd's murder and observance of Juneteenth are the latest original programming from ABC News, which has a renewed focus on telling diverse stories across the news division. Previous programming includes the aforementioned No. 1-rated "Juneteenth: A Celebration of Overcoming"; the three-day, division-wide series "Pandemic – A Nation Divided" on the disparity in race and class amid the pandemic; "America in Pain: What Comes Next?" on the protests and outrage across the country in response to the killing of George Floyd, police brutality and systemic racism against Black Americans; the month-long reporting series "Turning Point"; and the pre-election special "America's Future: The Power of the Latino Vote."